It's Photokina 2016 and Olympus has just made its announcement on its new flagship OM-D line camera, the Olympus OM-D E-M1 Mark ii. I watched the live feed video and wow! I am very impressed! (My initial thoughts after the jump.)

Note: I have included the video-link fast-forwarded to start 17 minutes into the recording. 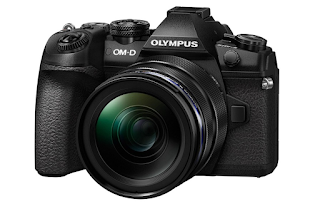 I think it's very impressive ! I can't wait to get my hands on one to try it out! :D

It has all the bells and whistles that I've always wanted in a light weight camera system.

The 15-18 fps sequential shots is a bonus but I am afraid it may shorten the shutter life (like what I suspect happened to my EM5).

Better performing Continuous AF is a big welcome. The C-AF on the EM5 doesn't work well at all without any phase detection sensor, although the normal S-AF works beautifully especially with the touch screen.

Up to 5.5 stops compensation! I may not need a tripod anymore! :P

50MP high res. mode is something that I am curious about. I wonder if it's possible handheld?

A fully-articulating screen is very useful for the difficult angles.

The Pro Capture feature is nice to have if it can be toggled with a customized button. I don't want 14 photos taken every time I half-press the shutter button!

A new battery is a good welcome since Olympus promises better battery life, hence more shots. However, this means my existing batteries cannot be used and I will be using a different charger.

Olympus claims that the new sensor performs better in terms of noise (by 1 f/stop) and dynamic range. This we will need to see later.

The EVF runs at 120 fps frame rate with a 6ms reaction time. That's all technical to me, but Mr. Ali says that photographers may mistaken it for an optical viewfinder, with no lag to the naked eye. That's great!

Dual card slots may not be a must for everyone, but I find being able to backup a copy of my photos into a two cards is always safer than one. Especially if you are shooting for someone, like a wedding reception. Losing those kind of photos can be devastating for the newly weds. If you don't shoot professionally, you may not need the second slot at all.

The OM-D EM-1 Mark 2 announcement came at a time when my EM5's time is due.

I have been holding onto my OM-D EM5 for 4 years now. When the 1st EM1 came out it didn't impress me much. I have always thought that it's for the four-third pros migrating to the micro four thirds system.

Two years ago (2014), the EM5 started to give me issues. The first being the battery contacts, and the second being a dead shutter.

I have had numerous visits to the Olympus Service center in Kuala Lumpur. No complaints about the service except the return trips, some money spent and loss of confidence in the camera.

This year, the shaking eyelet prompted me to use an alternative camera for my recent trip to Bangkok. I gave up going to the service center this round. I will just try to fix it myself.

Hopefully it will be launched in Malaysia soon and I should be getting myself a unit !


UPDATE: It seems that Olympus Malaysia has extended its promotional offer for the E-M1. It comes with 2 years warranty, and a free Olympus 45mm f1.8 lens!

With firmware v4.0, the EM1 is like a new camera anyway. It's feature rich if compared to Olympus' forgotten child, the EM5. Imagine the last firmware for EM5 was v2.2 !

I may as well get this offer set and get the Mark ii later on when the price settles down. :D

Mathieu clarifies some of the uncertainties mentioned during the initial announcement. He talks about:


What do you think?